SK8EVL Raises $2,500 for Skatepark in Ellicottville

You are here:
News 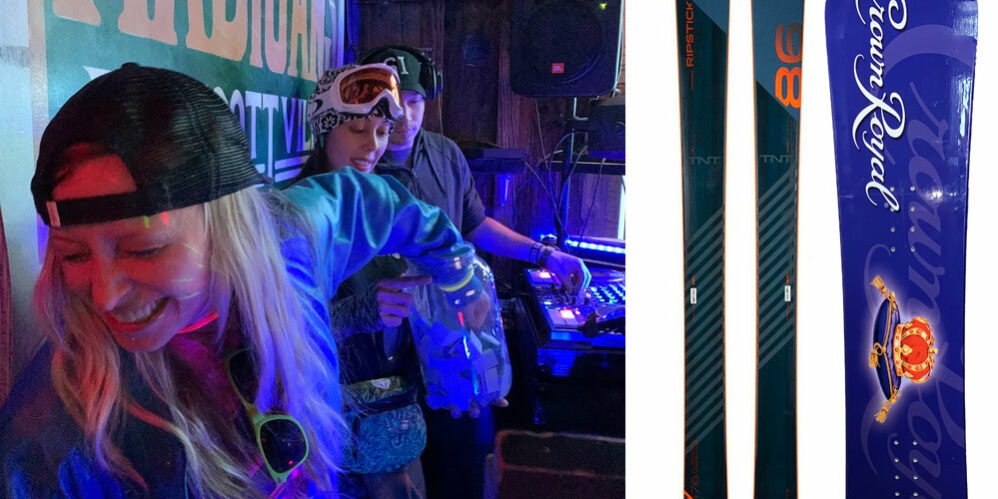 SK8EVL raffled off a pair of skis and a snowboard during the Bad Ski Suit Party held Saturday, February 29th at Madigan’s, raising $2,500 for the Ellicottville Skatepark Fund. Jeff Andreano won the Elan Ripstick 86 skis donated by Mud, Sweat n’ Gears, and Ryan Peterson won the commemorative Crown Royal snowboard donated by Doug Anderson. Madigan’s donated the cover charges from the Bad Ski Suit Party to SK8EVL to raise even more money for the skatepark.

Thanks to the Built to Play Skatepark grant from the Tony Hawk Foundation, all donations to the Ellicottville Skatepark Fund are doubled, making this a very successful fundraising event for the project. SK8EVL plans to raise funds through grassroots fundraising, grants, private donations, and corporate sponsorship. All funds raised go towards the construction of a permanent concrete skatepark in Ellicottville’s Village Park.

“Thank you to everyone who purchased raffle tickets, to Mud, Sweat n’ Gears and Doug Anderson for the prize donations, and to Madigan’s, DJ Si and EVL Events for hosting another stellar Bad Ski Suit Party,” said Brenda Perks, SK8EVL lead advocate. “We are grateful for all the support we have received, and are especially thankful that our local businesses and community members are stepping up to the plate to take a role in helping us raise the money needed for the match.”

SK8EVL has a deadline of November 30th to raise as much funding as possible for the skatepark. The goal is to raise the full match amount of $250,000. A number of fundraisers are planned for the coming months, the next one being SOUP-to-SKATE, a soup bowl fundraiser set for Sunday, March 29th at Finnerty’s in Ellicottville. For details on SOUP-to-SKATE, follow @sk8evl on Facebook and Instagram.

Ellicottville Times: Fund to bring skate park to Ellicottville established, meetings in the works
May 22, 2019